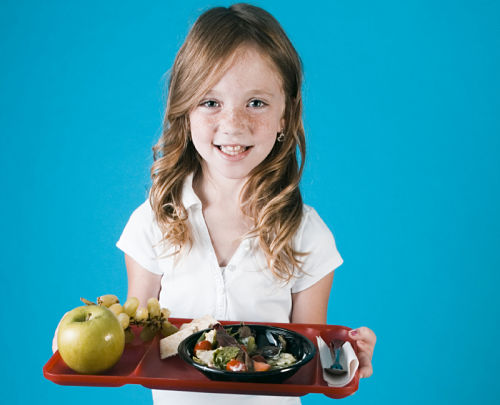 A New York school has become the first in the US to serve only meat-free lunches to its pupils.

Public School 244Q in Queens made the decision as part of a city-wide drive to improve the health of schoolchildren, and in partnership with the New York Coalition for Healthy School Food.

The elementary school, which has 400 pupils aged 4-9, runs “family dinner” nights that allow parents to sample the meals served up in its cafeteria – which include Falafel and Cucumber Salad, Tofu Roasted in Asian Sesame Sauce, and Braised Black Beans and Plantains.

The scheme is already producing positive results according to the school’s principal, Bob Groff. “Our internal studies show a clear reduction in the percentage of fat in body weight. And kids bring this home – they ask Mum if they can switch to brown rice or request chickpeas for dinner.”

Pupils are allowed to eat meat if they bring their own sandwiches, but must leave fizzy drinks and sugary snacks at home. They are also given food and health classes three times a week, in a bid to curb an obesity epidemic sweeping the US. PS244Q’s move to a meat-free menu was publicly recognised by New York City’s schools chancellor, Dennis Walcott, last week. “I am proud of the students and staff for trailblazing this extraordinary path,” said Walcott.