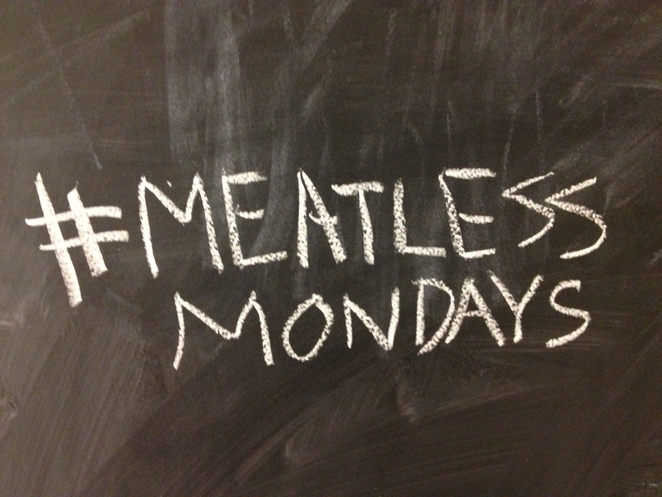 Margaret Badore, Tree Hugger – 19 Jun, 2013Since 2003, the Meatless Monday campaign has gained significant attention, garnering celebrity support and filling Twitter with its hastag at the start of each week. The seemingly small act of skipping meat once a week aims to address all the issues related to the livestock industry, such as climate change, water pollution and the rise of antibiotic-resistant bacteria.

Although this is a far cry from turning everyone into a vegan, the meat industry has vehemently criticized efforts by government agencies to support Meatless Mondays. Last year, National Cattleman’s Beef Association was outraged by an internal newsletter sent to employees of U.S. Department of Agriculture promoting the campaign. Similarly, an industry-led group has recently countered efforts to start a Meatless Monday menu in the House of Representative cafeterias.

This kind of pushback from conventional meat producers is unsurprising, but also seems like a desperate measure. Sasha Lyutse points out in a Switchboard post that the industry may already be fighting a losing battle, as meat consumption in the U.S. is on the decline:

“This kind of bullying—and swift caving on the part of the House Committee—is shameless for sure. But it also suggests the conventional livestock industry knows it has something to worry about when it comes to American consumers. Despite this disappointing episode, public trends speak for themselves.”

Some might argue that overall meat consumption has dropped in response to a rise in cost, but awareness about food sustainability does appear to be a market driver. Lyutse also points out that while overall meat consumption has dropped, demand for more sustainably produced meat–such as free-range, grass fed and anti-biotic free–is on the rise.
Originally posted by Treehugger