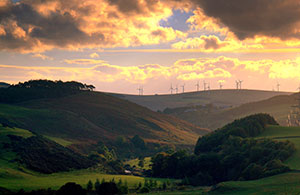 Cutting out meat, once a week is not only healthy for your body and your bank account; it’s great for the planet too! The livestock industry is one of the largest contributors to global environmental degradation. Producing all that meat and dairy requires large amounts of pesticides, chemical fertiliser, feed, fuel and water. It also generates 50% of New Zealand’s greenhouse gas emissions and deposits a huge amount of toxic manure and wastewater into our groundwater, rivers, streams and, ultimately, the ocean. By taking the Meat Free Monday pledge you’re becoming an environmental champion, reducing your ecological footprint and lightening the load you place on nature.

Reduce your carbon footprint – Livestock animals produce large amounts of methane and nitrous oxide, greenhouse gases far more concentrated than CO2. In 2006, the U.N. Food and Agriculture Organization (FAO) concluded that worldwide livestock farming generates 18percent of the planet’s greenhouse gas emissions — compared with 13percent generated by all transportation combined. In 2009, however, WorldWatch Institute reported that the more accurate figure may be as high as 51percent. In New Zealand agriculture is responsible for 50percent of our climate change emissions profile. Annual worldwide demand for meat continues to grow. Cutting out meat, once a week can help slow this trend.

Protect our fresh water supplies – The water needs of livestock are huge. An estimated 7000 to 9500 litres of water goes into producing only 500 grams of beef! It takes only a fraction of the water used for meat production to make an equivalent amount of plant protein. In addition, the excrement of millions of animals is leaching into our streams, contaminating our water systems and asphyxiating aquatic life and vegetation. Furthermore, pesticides, antibiotics and hormones find their way into our drinking water.

Protect our Oceans – SOFIA 2012 estimates that in 2009, 57 per cent of marine fisheries were fully exploited, while 30 per cent of all assessed marine stocks were over-exploited. Unless we reverse course, there will soon be no more edible fish in our mighty oceans.

Land Degradation. The Ministry of the Environment reports that animal farming is causing contamination, erosion, and compaction of New Zealand soil. Soil erosion is a natural process that has been accelerated by deforestation and intensive agriculture to rates about 100 times faster than the rates at which nature can form soil. According to UNEP, 24 per cent of the global land area has declined in productivity over the past 25 years due to unsustainable land-use.

Deforestation – Globally, one third of our planet’s landmass has already been cleared to farm animals, making animal farming the leading cause of deforestation around the world. 51 per cent of land in New Zealand, much of it once pristine native forest, is now farmland. With projected increase in global and domestic demand, the Ministry for Primary Industries has reported that some hundreds of thousands of hectares of forestry land are at risk of being converted to farms.